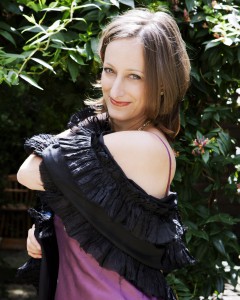 Esther Levin sings regularly as a soprano soloist in London, throughout the UK and in Europe.

Esther is equally at home on the recital platform and has made several recordings, including a CD of classical lullabies with her regular recital partner, pianist William Hancox. She gets enormous enjoyment out of her musical life, and is never happier than when working with colleagues who share her sense of commitment and fun.

Born in Vienna, Esther also studied music there until she moved to London, where she trained in Early Music and Voice at the Guildhall School of Music and Drama.