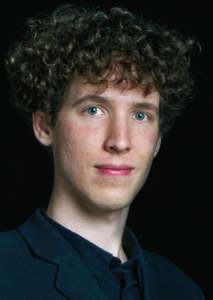 American countertenor Andrew Hallock began his musical studies as a composer. He holds a Bachelor’s degree in music from the University of Texas. In 2004 Andrew moved to Europe to study early music singing at the Royal Conservatory of The Hague, Netherlands. His teachers there were Michael Chance, Peter Kooij, Jill Feldman and Lenie van den Heuvel. He graduated in 2009 and is currently based in the Netherlands.

Andrew regularly sings with notable ensembles, including Musica Fiata Köln, English Voices, Cappella Pratensis, Residentie Bachensembles and has had summer engagements with the Festival d’Aix-en-Provence, Festival Ambronay and the Salzburger Festspiele. He has performed with conductors Ivor Bolton, Jos Vermunt, Pieter Jan Leusink among others. In 2011 he made his solo debut in the Amsterdam Concertgebouw with the St. Matthew Passion, stepping-in for countertenor Sytse Buwalda. He appears on the 2009 DVD of Handel’s Theodora on the C-Major label, and the 2012 CD – the Requiem of Pierre de la Rue and Johannes Ockeghem with Cappella Pratensis on the label Challenge Classics which received a Diapason d’Or in 2011.